I recently came back from a four day vacation I recently took to Cape Cod. It was my first time driving a large distance with my fairly-newish car, so it was a pretty exhilirating experience for myself and my friends.

Cape Cod is a coastal region on the southeast corner of Massachussetts, and it is home to some of America's earliest history, as it is the landing place of the original pilgrims who came here in 1620 to colonize the country we now know as the United States of America. It all starts here in Plymouth, Massachussetts.

Unlike Long Island, Cape Cod is pretty much nature-dominated. The roads aren't as developed, and most highways I used to get around were only two lanes (with people trying to drive over 80+ miles per hour still). The vast amounts of forests, hills and flora dominate the landscape, and then you have the many beaches that are home to Cape Cod. If you enjoy hiking, there are plenty of trails. If you like beach stays, well, there's a lot of beaches.

There are some museums that try to share the original history of Plymouth, but we actually visited a pirate museum instead and learned about Samuel Bellamy, who went from plain, poor sailor, to pirate who dominated the seas and annoyed both the Spanish and British government to no end. I won't go into much detail, but the museum did a great job of showing how artifacts are recovered. It got my Factorio Seablocks itch scratching real hard. 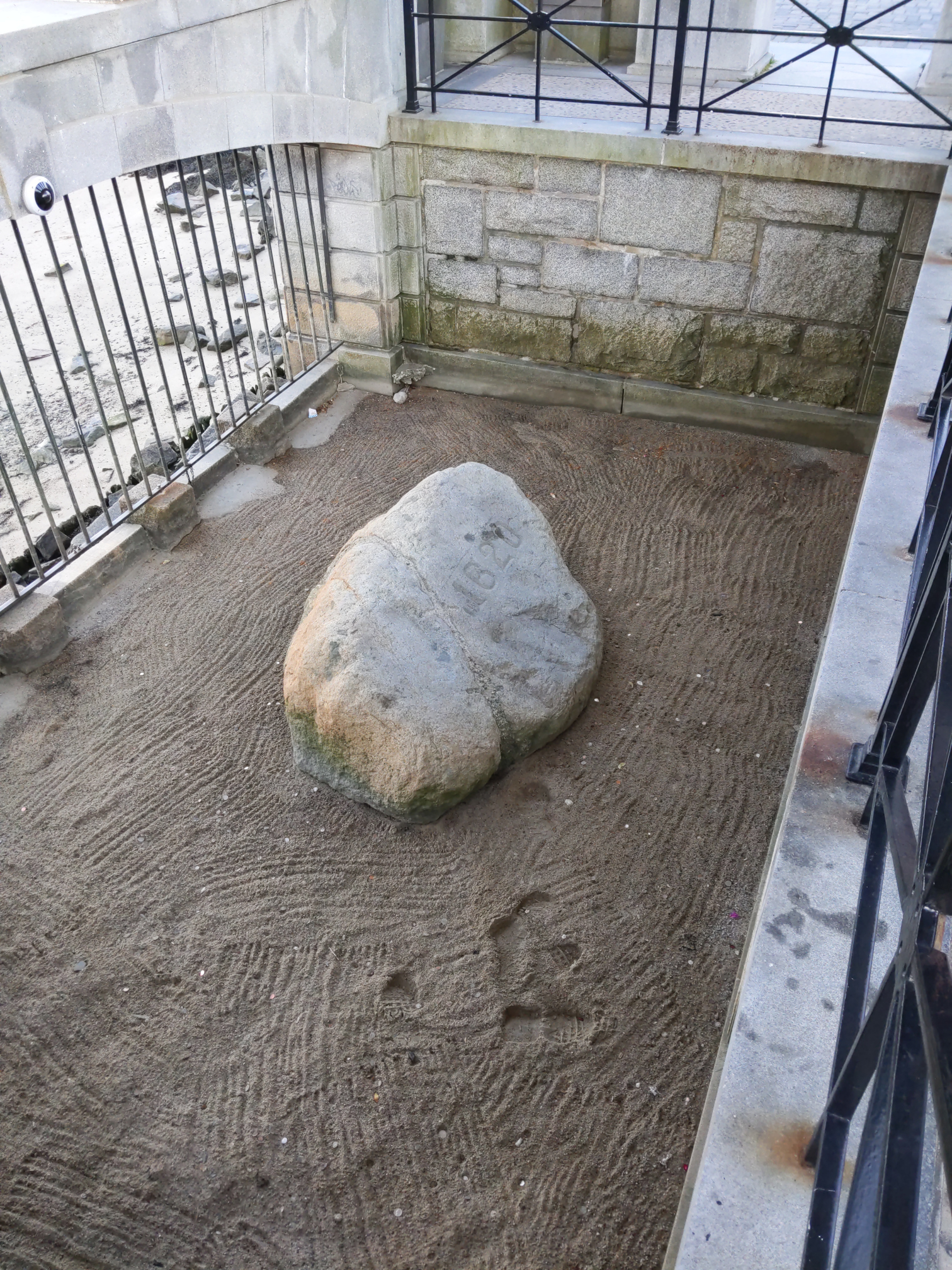 Here is Plymouth Rock, the rock marked by the pilgrims when they traveled to America on the Mayflower. It seems to be marked with the year '1620'. 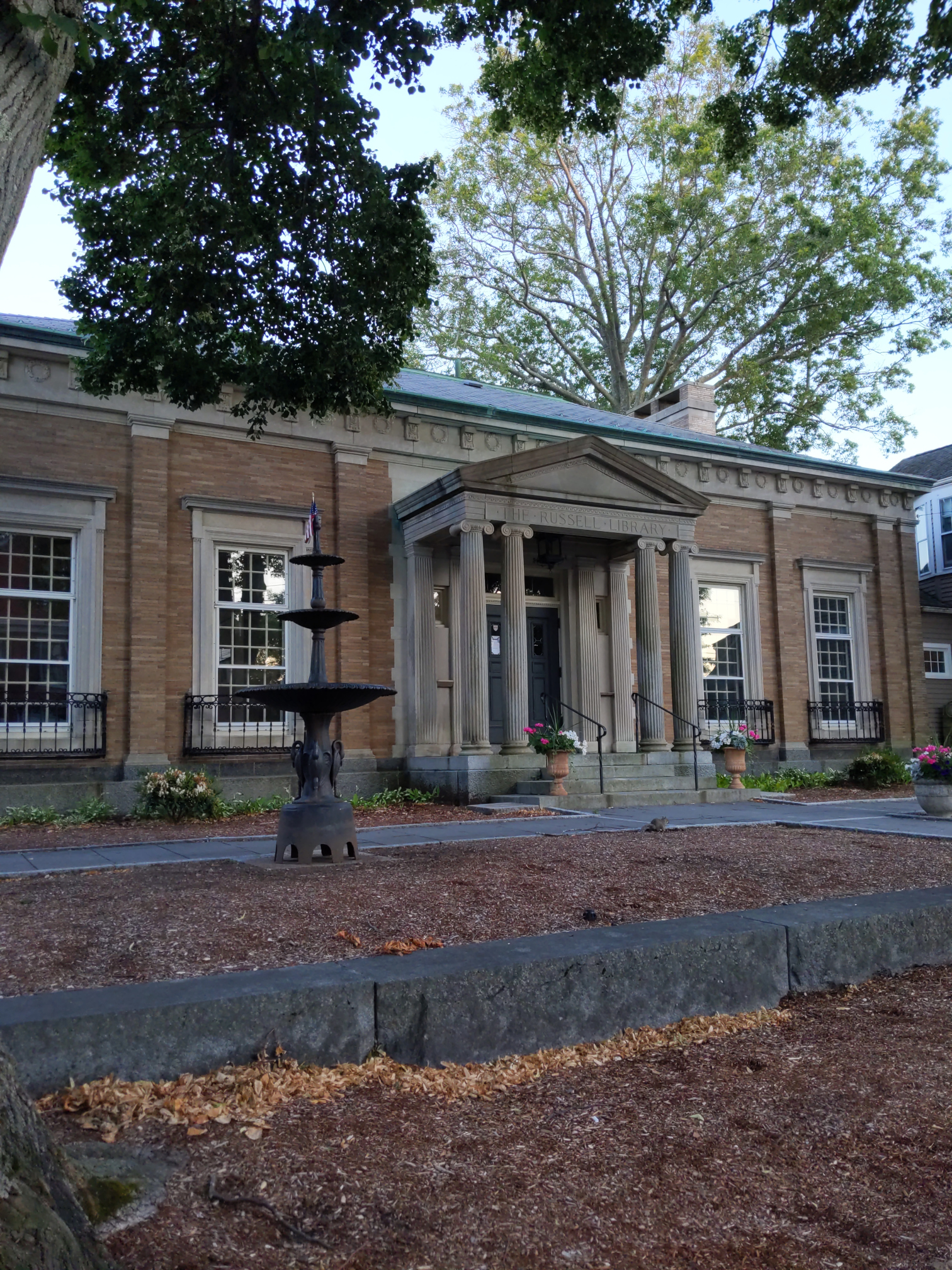 This is Russell Library in the Plymouth town center. The building has been around for about 100 years now. 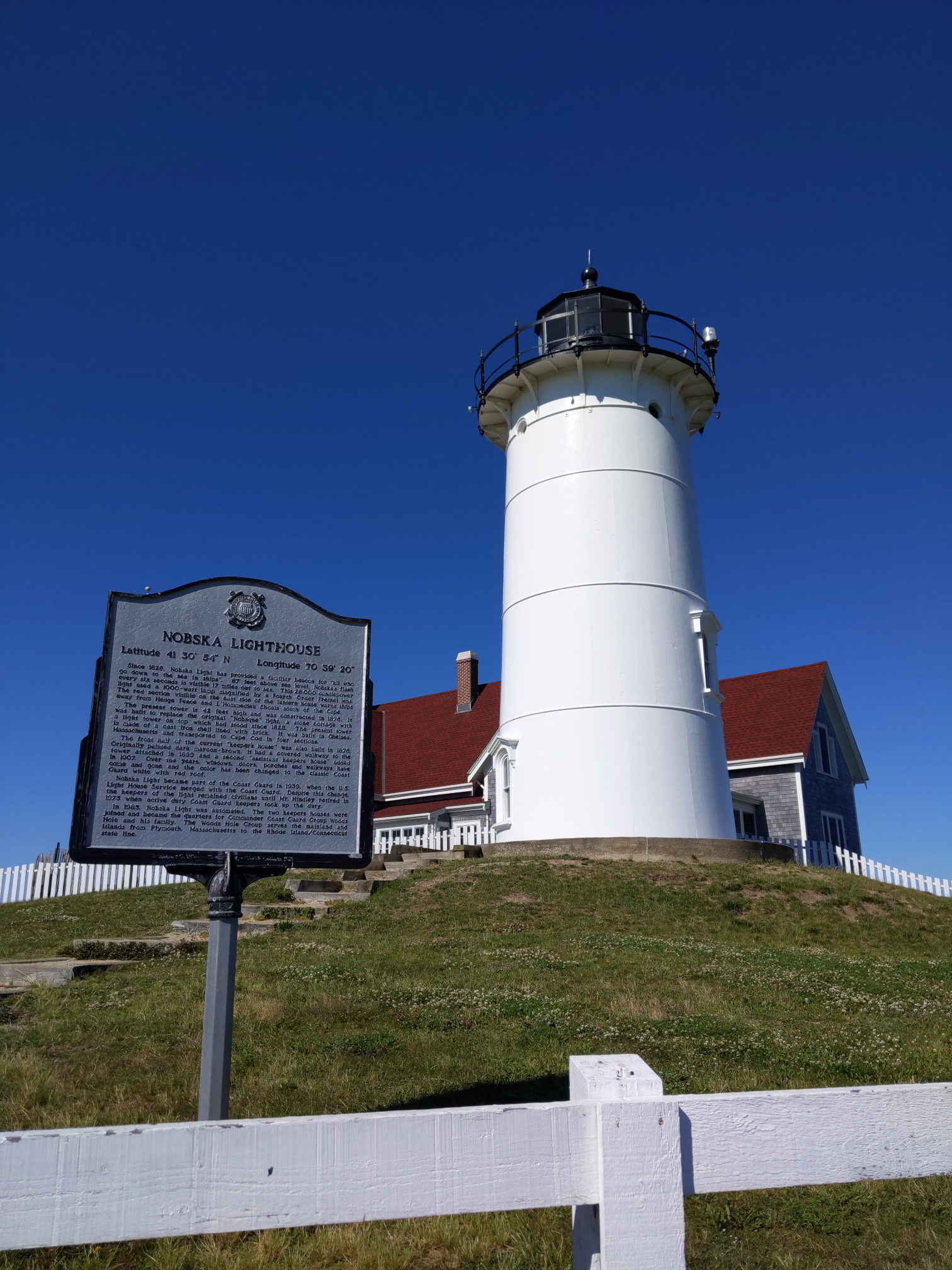 This is Nobska Lighthouse, opened in 1859. It is under partial reconstruction and wasn't really available to the public. It sits on the southern coast of Cape Cod, near the ferries to go to Martha's Vineyard. 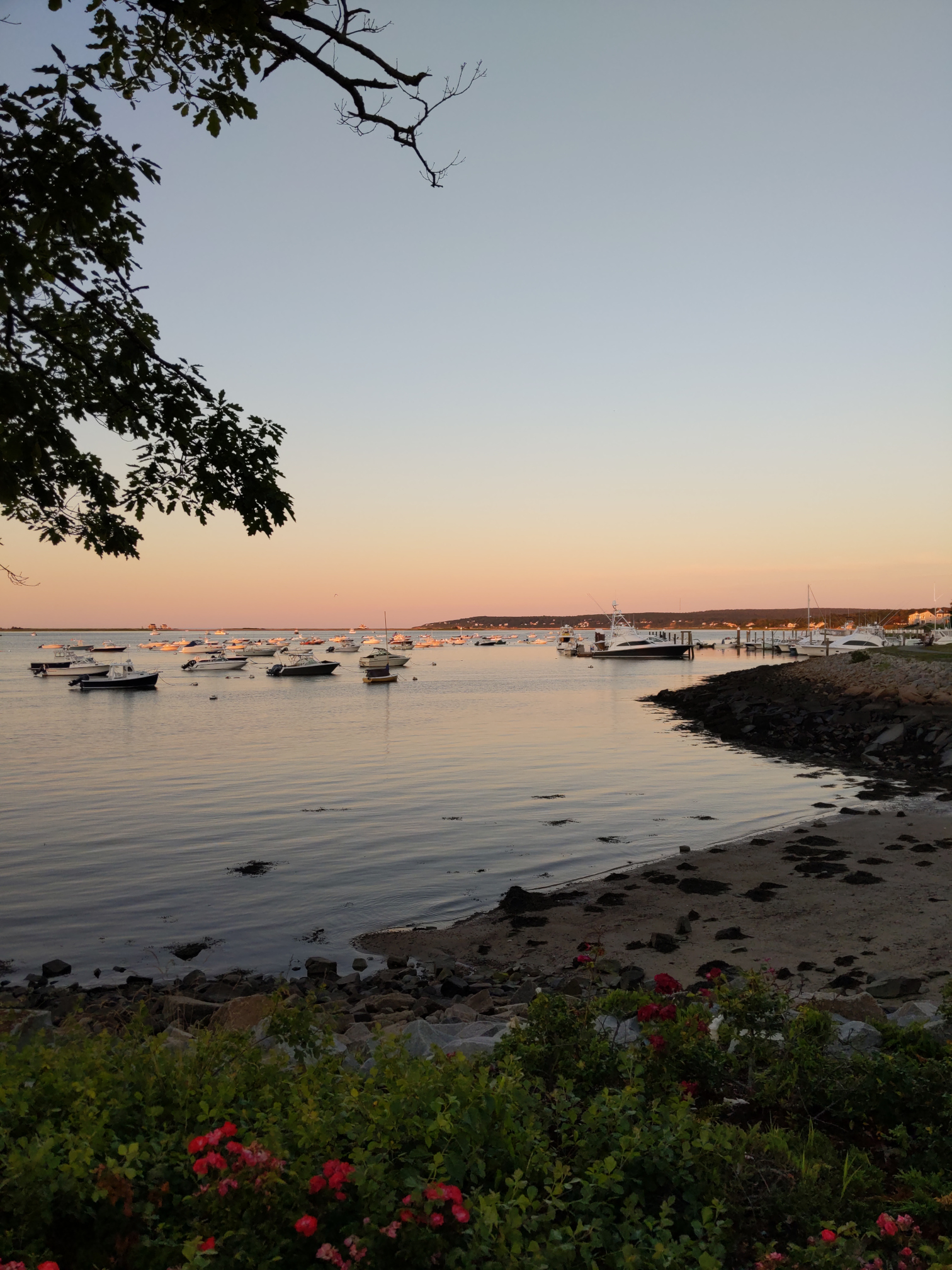 From Plymouth, you can see the many boats that live around Cape Cod. Since it was the week leading up to July 4th, a huge holiday for the area I reckon because of it's ties to history, boats decorate the horizon as families from around the area gather to celebrate the beginning of summer vacation.

On Thursday, as we were walking around Plymouth for the last time, I was not feeling great the whole day. It was then I decided to get rapid tested, which revealed that I have been infected with COVID-19.

Now, normally I could go get fully tested, but the way my body felt, I believed the rapid test. It must have happened when we just about arrived in Plymouth, and it's an unfortunate way for the vacation to end. I felt well enough to drive, but since being back, it has been a struggle.

I am currently on day four of COVID-19. I am vaccinated and boosted, but some days it does not quite feel like that. Here is the timelapse of my week.

On Thursday I did my best to isolate myself from others by wearing a mask inside our hotel room, and once we got back in and tested, I pretty much watched a ton of Yu-Gi-Oh! Zexal on my phone and sat in silence, trying to distance myself from others and limit my coughing/sneezing.

Friday was an extremely long drive back home, almost two hours more compared to driving up. The traffic was insane, and my car's windshield got hit with a rock, and caused a very noticeable crack. The windshield will most likely have to get fully replaced, yet another annoyance I probably have to take off work for. 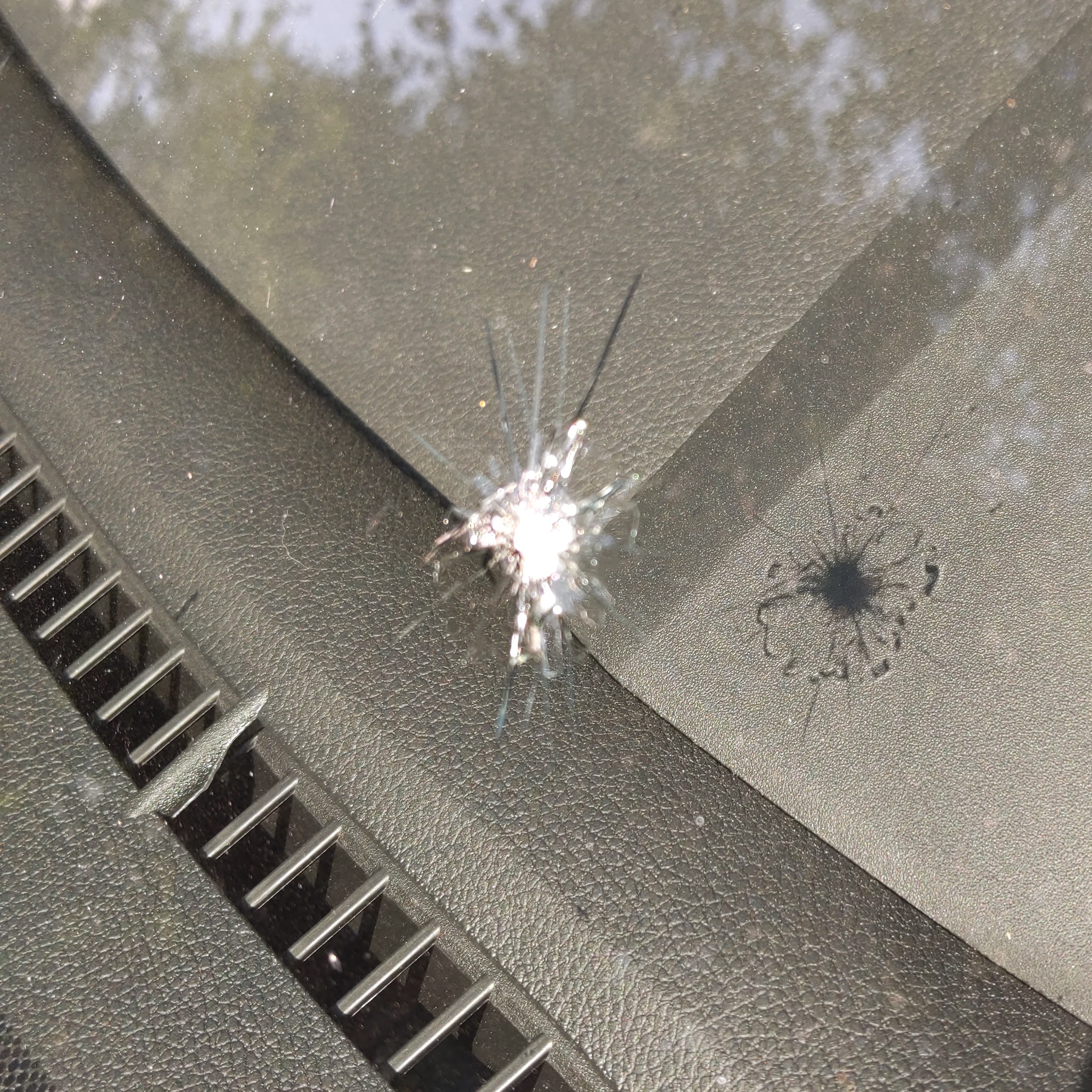 Going down a Rhode Island side-road trying to avoid traffic on the interstate, and a stray large rock got kicked up by the opposite lane traffic. Sucks.

The effect of COVID-19 on me is pretty horrible. I went almost two years without having to endure this, but I pushed my luck going on a trip. I haven't felt this awful in a very long time.

Physically, I am weak. I feel tired a lot, but not enough to sleep. I have tried to pass time with video games, but after a while my brain doesn't want to put up with it. I get off the couch, and all my body feels sore and aching. I'm sluggish and moving around is a little difficult.

Mentally, it's taking a toll on me. Leading up to this, we were originally supposed to have our July 4th party, but now the party is effectively cancelled, and I am distancing myself as best I can from my friends and family. I am in a depressed state, unable to think clearly, leading me to not being able to code, and I can't even play Runescape in the ideal isolation scenario without my head hurting just enough to drive me away.

I was originally going to post a new article last week about my Graphing Code project called rkt2diagram. It's a project aimed at creating a diagram representing program flow from right inside your Racket program. It's really cooll and I actually love it so much. It might not be that useful yet, but I think it's adorable. 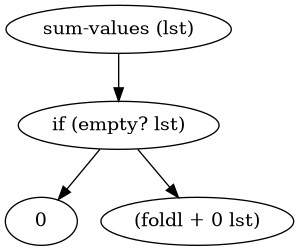 It's not entirely clear, but there are better ways to create more expressive graphs using better Racket expressions, like cond or match.

This diagram modeling distracted me from my more important project Creo, where I am attempting to build a new static site generator wholely with Racket as a fun project for my spare time. Unfortunatley, I haven't updated Creo in a while, my mental capacity is not very high right now to start implementing the features I need right now.

I feel better writing this in the comfort of my room on my Emacs editor, as it was something I needed to write down and "get off my chest" in a way.

Key take-aways from this week-long experience:

Here's hoping I have a speedy recovery, because I would love to get back to my regular life and see my friends and family again. I will write back when I am much better and have some new code or things to share.