The time has finally arrived, where I install Lineage OS on my Pixel 3a XL. In about four weeks, the Pixel 3a XL will be receiving it's official end of life date. There will be no more software updates, and Android 12 is most likely going to be the last version of Android this device receives.

It is a sad day to think about, considering how good the Pixel 3a XL was of a phone. It had a low price tag, a cheap but decent processor, a good camera (possibly due to software), and overall very good form factor, being large but just the right size.

Sadly, as all good things come to an end, so will the software support for it from Google. It is time to go with a community supported version of Android - namely that of Lineage OS.

I have to admit, I have never rooted an Android phone before. The methods always eluded me as to how they worked. I don't have a great understanding of the boot process of an Android phone, but I think I have a vague enough idea of how it works now.

The idea is that, on the phone itself, there are many components in place to act as secure layers, so that no one can simply fiddle with the phone and take/place new data and subject many networks to bad actors. An authority approved by Google has to distribute operating system images and sign them with keys such that the hardware can securely boot the device's operating system.

These measures are more restrictive, such that if you were to buy a phone with a phone plan, you can't unlock it and install an Android version of your own and then never pay for your contract and disappearing off the planet with it. As such, the only thing you can really do with your operating system within the bootloader, is boot it, or use something called a recovery tool.

The recovery tool is a built-in Android utility that allows users to launch a recovery image of Android, for the weird, catastrophic failures that if an update went bad, the Android system itself can roll back updates using the recovery mechanism (if I understand it properly). Once a system has been updated to a fresh number bump of Android, it however, cannot go backwards. You cannot do a recovery boot of Android 11 if your system is currently Android 12.

The recovery tool is where Lineage OS will go it's own way and allow you to side-load and install a new system from this section. You simply tell your Android phone to boot into it's bootloader mode, then activate the recovery tool using the given Lineage OS recovery image (.img file).

From here we move onto the next part. You go into recover mode from your bootloader, to activate this newly installed recovery tool, which allows you to install a new system. Make sure you have the proper .zip file downloaded for your device.

Before I was doing this installation, my bootloader was not unlocked. I was surprised to learn that bootload unlocking actually wipes the device! What a crazy concept. I had moved my files over and everything previously, but in an instant, Android basically factory reset my system all because I asked to unlock the bootloader.

But after a long waiting period of about 20 minutes, Lineage OS was installed, and I was presented with a new bare-bones system, something I hadn't seen in so long on my phone it was... almost breath-taking how empty it was. 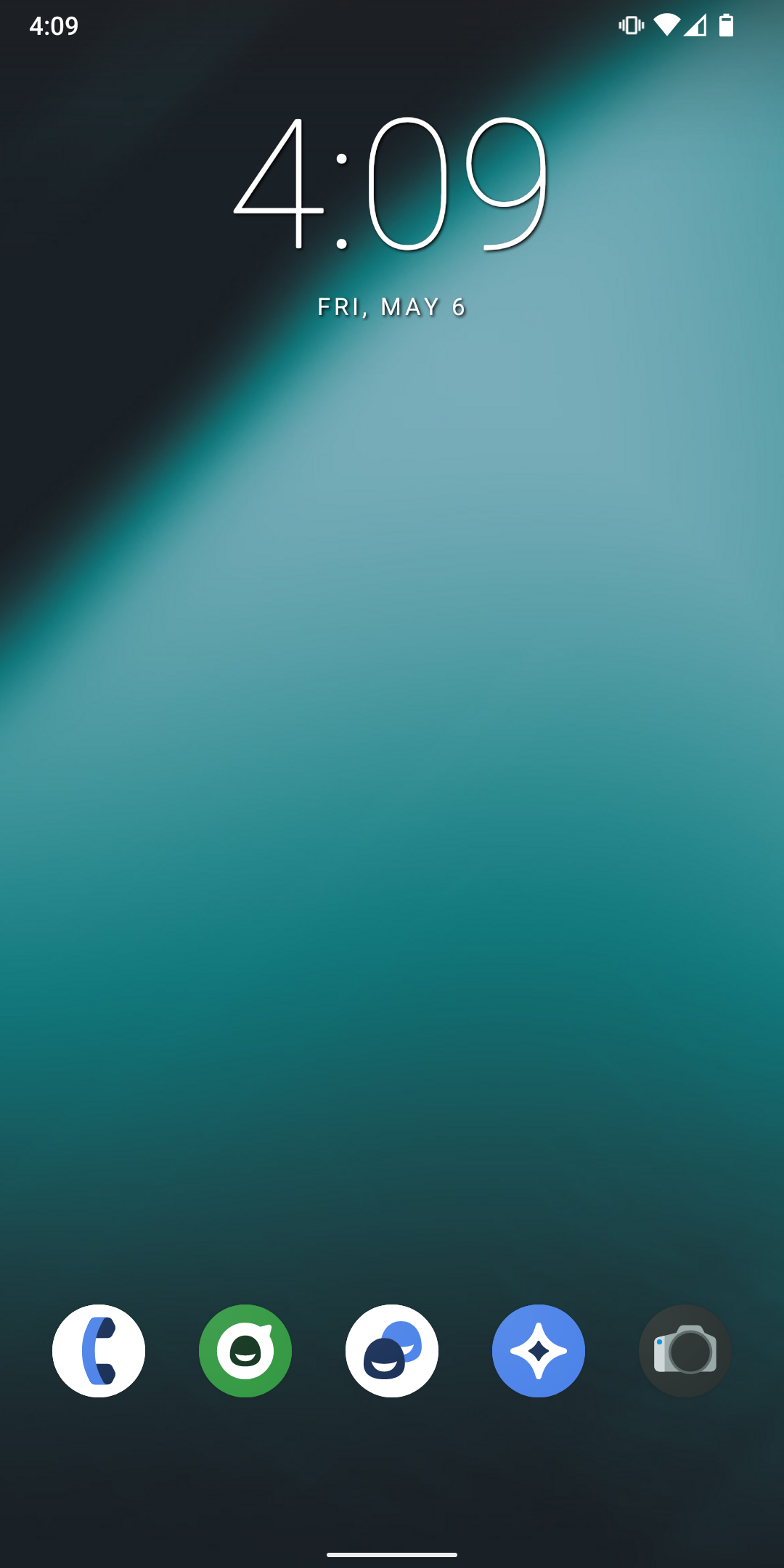 For something so minimal it's kind of adorable.

Granted, a plain Lineage OS installation does not give you full-blown root access, which seems like it is up to Magisk to be able to solve that. Once I figure out how to get that running then I think I'll be in full control of my phone.

I had written a whole lot about my experience so far, but none of it was very interesting in the slightest. But rather, I feel I would prefer to talk about my feelings on technology moving forward when it comes to things like this.

Android has been my phone since 2010. I wanted an Android phone pretty badly when they were first called "Droids" and were only on like... Verizon phones or whatever. My first Android was a HTC Inspire. It's specs are terrible compared to today, but it came with Android 2.1, which I was absolutely in love with and thought how cool it was to have an Android phone.

My second phone was a Samsung S3 Mini. It was tiny, and upgrading to this phone years after the HTC Inspire only costed me about a penny through my carrier at the time. I liked the idea of having a micro phone so it worked well for me. I customized it with themes, a custom home screen, app icons, the works. Eventually it became too slow as Android apps grew into some crazy stuff.

Eventually I moved on and got a Motorola X, which used a leather back and was quite comfortable to hold. It eventually got Android 5 which nearly destroyed my battery because of how bad Lollipop was, but I liked this phone a lot.

Then the phone that I had my biggest hopes for was the LG V20. This phone was touted as one of the first few to come with Android 7 Nougat on release, so when it was available, I did get one. Android 7 was alright, Android 8 was a bit better, but the phone was ... lacking in many categories of performance. Over time it's CPU performance degraded and replacing the thermal paste as advised by the internet, it didn't really give me much of a boost.

For a brief period of time for about six months, I was an iPhone user. I bought an iPhone 8 because I wanted something reliable that wouldn't degrade and had future-proofing with it. Apple makes considerable upgrades to their product line and keeps phones as old as iPhone 6 still chugging along.

(For reference, iPhone 6 is now 8 years old, and there is no Google phone product in the world with that long of a life span)

Eventually I switched back. I was doing okay without a headphone jack and the ability to load my own MP3s without iTunes on a computer, but Apple had made it clear that they were looking to do away with the features I had initially come to iPhone for - I liked Touch ID a lot because I enjoy fingerprint-based authentication.

I do not enjoy Face ID, as I do not want millions of infrared beams being shot at my face. Nor do I want that facial data stored in some cloud or on a device without the ability to really say "hey wait a minute, what are you doing with this data exactly and how do I know you're not sending it off somewhere?"

Handing over sensitive data to any platform is just asking for trouble and EULA updated terms. It doesn't matter if Apple said no to the FBI once, I still wouldn't trust anyone with my facial data whatsoever. Network transmissions of data packets are nigh invisible to users on almost all computer platforms. how do I know if one night, Apple decided to send my face to some 3rd party? I would have zero clue about it until long after the fact. I have no way of knowing where my data will wind up.

Upon seeing the news of Face ID and recognizing this may be how Apple wants to design their products forever, I went back to Android, and got a Pixel 3a XL. It's been reliable and great, and comes with a headphone jack (even if Google has mixed feelings on that).

I should also mention that I do own an Apple iPad Pro 2017 edition. I admire the iPad for it's Apple Pencil greatly as it really adds a great way of drawing on digital devices. I was a Wacom user for so long, but the iPad is great. Google products, however, do not compare.

Lineage OS has been great to me so far, and while getting back and running to where I was previously on a validated, official Google Android image, I'm okay with the jankiness of Lineage, because it's nice having a community of users who hate seeing perfectly good tech get thrown away because of lack of updates from the manufacturer.

I am looking forward to the fun I'll be having with my new (but still the same) toy. Next steps I am looking to take would be to better organize all my electronics and find a way to truly synchronize everything, but that's a pretty long and unspecific subject.