Hello all, welcome back, and I have not been writing much code as of late in the last two weeks, but I have been working on something a little different related to the Nextcloud project I wrote about a while back.

I am the owner of an Alienware Alpha Steam Machine from 2015, and when I received it originally a few years ago, it was in working condition, until it finally died and no longer worked. The issue was primarily due to a dead CMOS battery.

"But Steven, if it's a CMOS battery replacement, why not swap it out and put in a new one?" you may ask, and the reason was my lack of knowing if that was actually the issue or not.

The Steam Machines are pretty long dead, and the essence of them has moved onto the more officially supported Steam Deck. Maybe there's a small community of people still using Steam Machines, but the support for these devices right now, is pretty paper-thin.

A Box of Mystery

The exact error code of the Steam Machine was unknown to me for a very long time, and I tried the steps to fix the device without having to go through the process of removing the CMOS battery itself and getting a new one. I am stubborn and don't want to put in effort until I know that it's needed.

The most common strategy I saw with fixing the Alienware Alpha was to simply power-cycle it by holding the power button down and letting power drain from the circuits.

I am not a great person at understanding the science of electricity, but this process works I imagine, by letting the resistance slowly defeat the energy of the residual electricity in the circuit. With each pass around the circuit network the current of electricity passes, it runs out of steam and fizzles out, and you do this by holding the power button down (to complete a 'circuit') and letting it fizzle out.

After doing this a few times, the error code the machine shows is still the same - blinking yellow boot LED appears flashing three times. This points to a CMOS battery failure, per my online research. My first initial usage of the device was great, but after powering it off once and it not coming back on pointed to the CMOS not having enough energy in it anymore.

Fast-forward about a year when I picked this project up again, it actually booted! ... And then upon a restart it failed once more. So let's get back to that CMOS battery idea, maybe it would put some life into the system once more.

Spot the difference? The difference is price! The reason is that the Alienware was designed with a much lower profile wire connector than a regular laptop CMOS battery. So while technically one of these is the correct working solution, the real thing that isn't the same across these two items is simply the plastic wire connector.

I didn't know about this plastic connector, because I didn't actually search "steam box alienware alpha cmos battery" into eBay, I only typed "dell cmos battery". I was unaware, so I ordered the cheap part, and I was thrilled that a $4 battery would save this scrap from the garbage pile. Of course, it didn't work at first.

It was there I decided to make the best of it and cut the wires of the old battery, and the new $4 one I just paid for and received in the mail. It was only $4 dollar, and if this idea didn't work, then I'm only short $4 dollars, not a huge waste.

I decided to splice together via soldering the working connector with the new battery, and after some tiny soldering, hot glue encasing and extra protective wires, I decided to throw it in and flip the switch. And guess what? 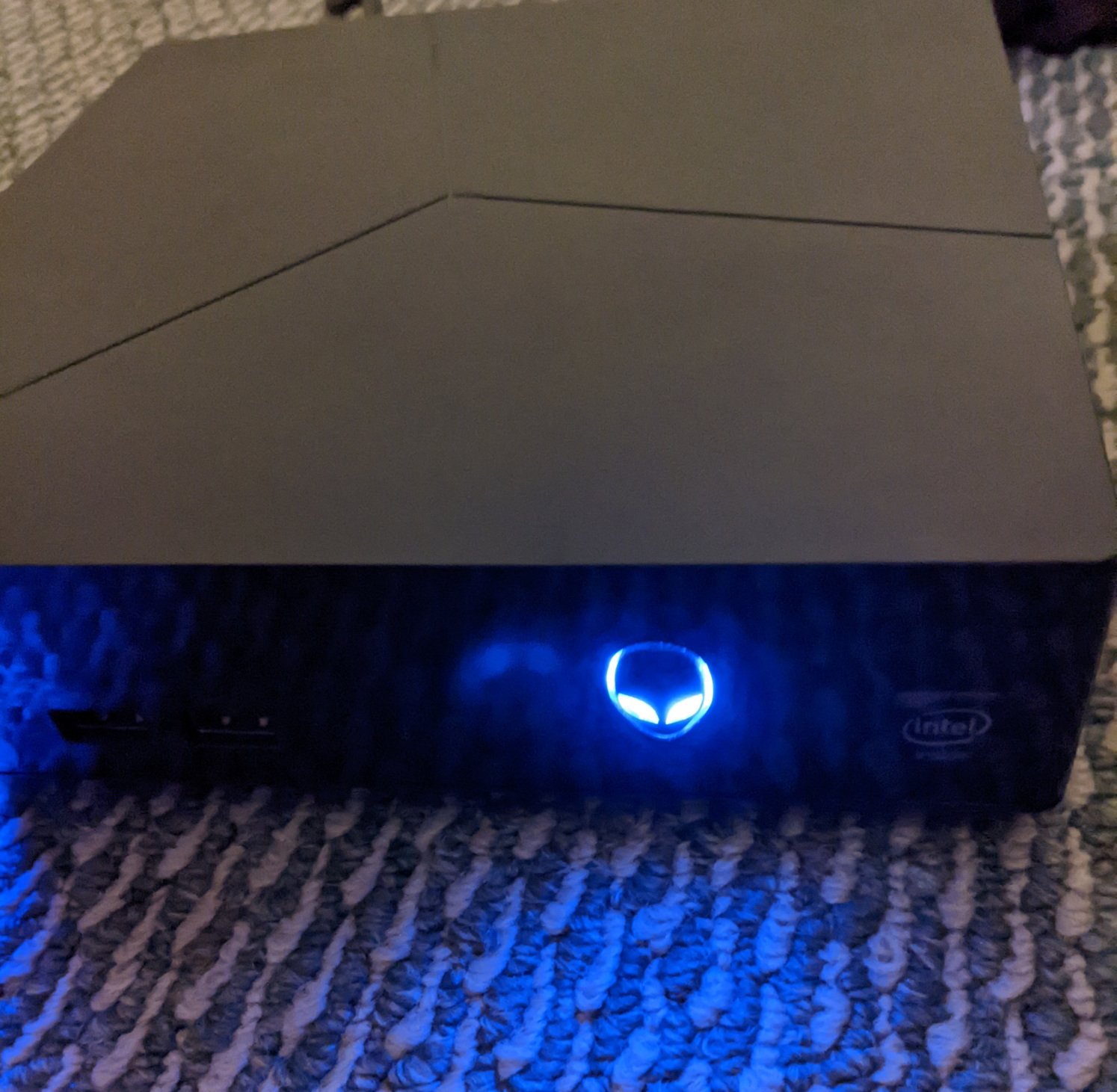 Swapping it in, the computer turns on and is fully functional, even after reboots. Almost seems like a waste buying $21 dollar CMOS batteries when you can use some soldering and splice cheaper batteries in.

After having a decent sucess in deploying the laptop Nextcloud server, I decided to move my data over to the Alienware, as was my plan for a few months now. The Alienware has stronger hardware and RAM, so it makes sense to use it. I don't plan on gaming currently, so I'm happy to make use of it as my cloud data solution with Nextcloud.

I am, however, having some random hiccups with Nextcloud itself with docker-compose, but that'll be a story for another time I hope to resolve. For now I just wanted to share a short story about reviving some old hardware with some unconventional eBay purchasing.